You are here: Home / About Universal / Our Staff 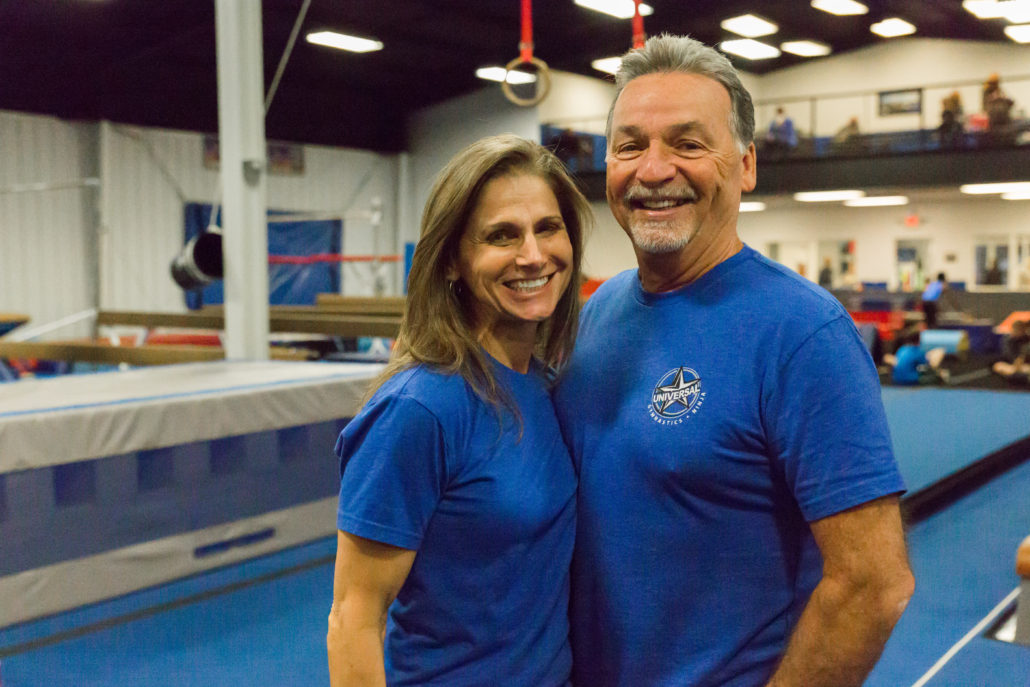 I am originally from Louisville, Kentucky. I attended Dupont Manual High School. I was a cheerleader all four years and captain my senior year. I was very surprised to be chosen as I was a very quiet and shy. I was self-taught and determined, I would intensely watch others do gymnastics and trained on my own. I’m lucky to be alive! During high school, I also attended and performed in musicals at the Youth Performing Arts School in Louisville where I enjoyed dance, music and drama. I attended the University of Louisville, majoring in business and minoring in music. My dream was to become a singer and learn to play musical instruments. I sang for friends and family at weddings and family gatherings.

I took my first gymnastics class in college for a PE credit. Between classes I would watch the University‘s gymnastics team practice. Later, I received a grant to work at the school in the gymnastics department to pay back my tuition. I became obsessed and worked out on my own as often as I could, bars was my favorite event. The following year the University dropped its gymnastics program, it broke my heart. Gymnastics wasn’t a part of my life for many years after that, I got married, had children, and my family became my life. I moved to Nashville in 1983 and worked at the bank in their legal department, never letting go of the dream to sing but, between family and work, there was not much time. After a few years, I left the bank to work at a law firm and stayed there for many years. In 1990, I got a second job working part time at the YMCA in Donelson coaching gymnastics. I loved being around the sport again. I taught part time for three years, that is what inspired me to resign from the legal field and open "Universal Gymnastics, Inc.”, founded simply for the love of the sport. Before I left my job, my boss told me I would be back, that gave me all the determination I needed to be successful in my business.

Twenty-two years later, I’m still doing what I love. I am married to Johnny Graves. We have five beautiful daughters and seven precious grandbabies and life couldn’t be more perfect!

Mr. Johnny is a graduate of Tennessee Technology Institute and has lived in the Mt. Juliet community all his life. His history includes 32 years’ experience in sales management, marketing, and business development. After meeting and marrying his wife, Vikki, he became involved in the overall business growth of Universal Gymnastics. He brings his customer focused expertise to the company and is determined to always do what is right. Johnny’s greatest strengths are his creativity, drive, and leadership, and he is consistently pursuing ways to improve the customer experience at Universal Gymnastics.

Johnny is a certified scuba diver, loves to snow ski, and enjoys travel. He and his wife, Vikki, have 5 daughters and 7 very entertaining grandchildren. Together they have a passion for seeing all children develop into the best they can be in all walks of life. 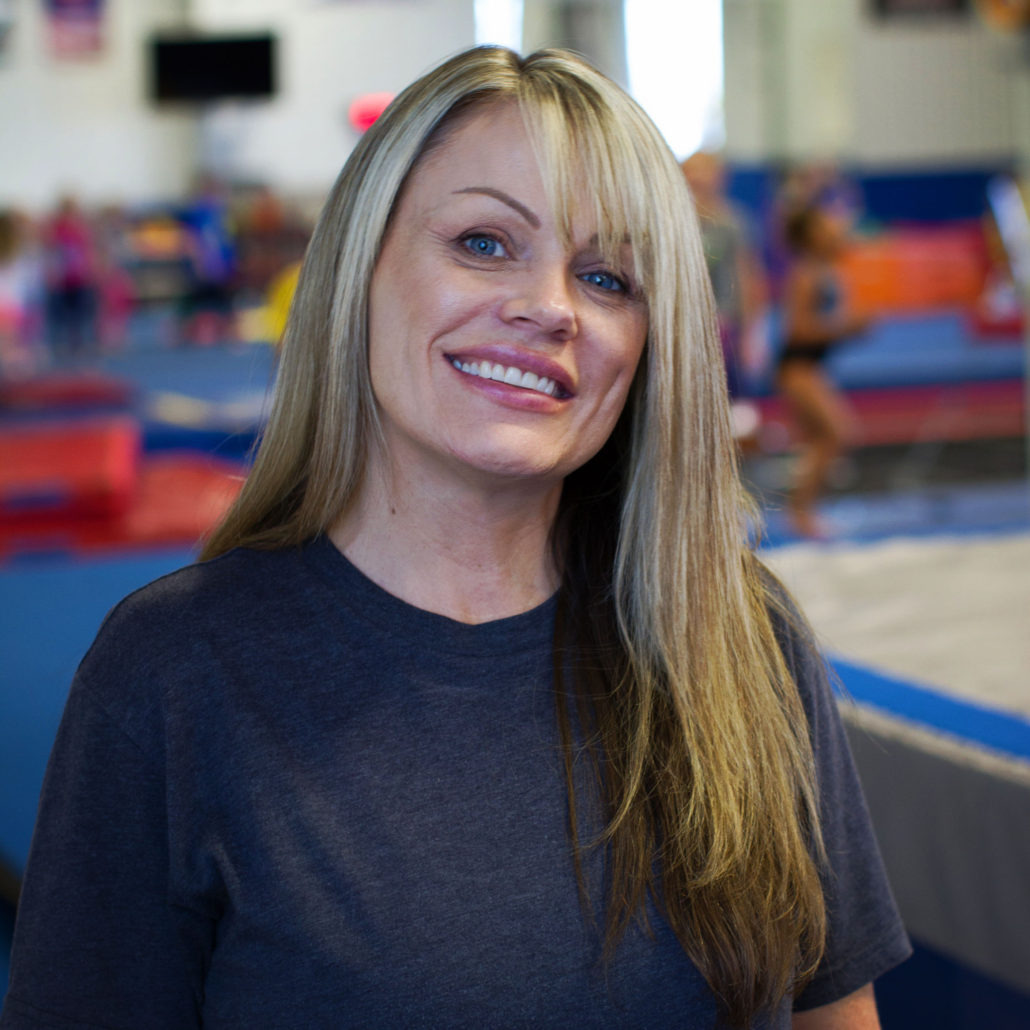 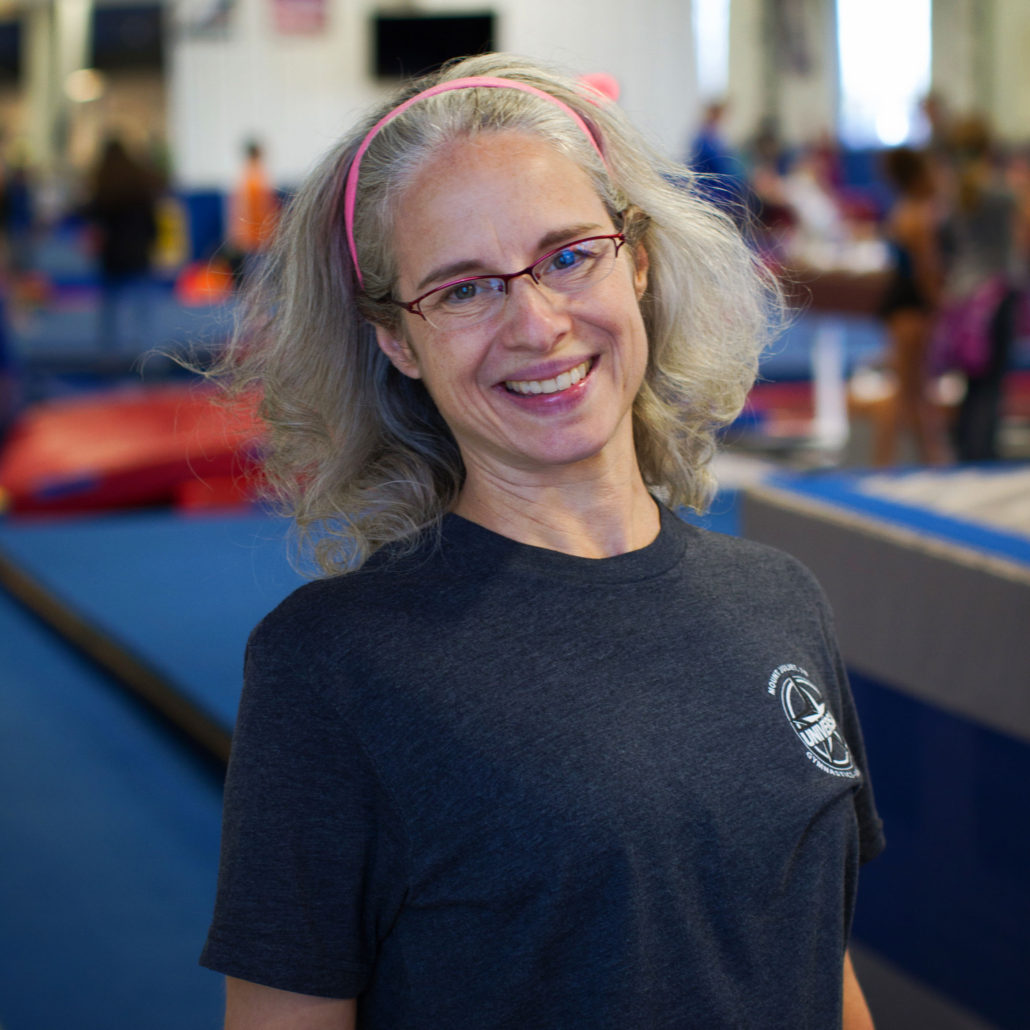 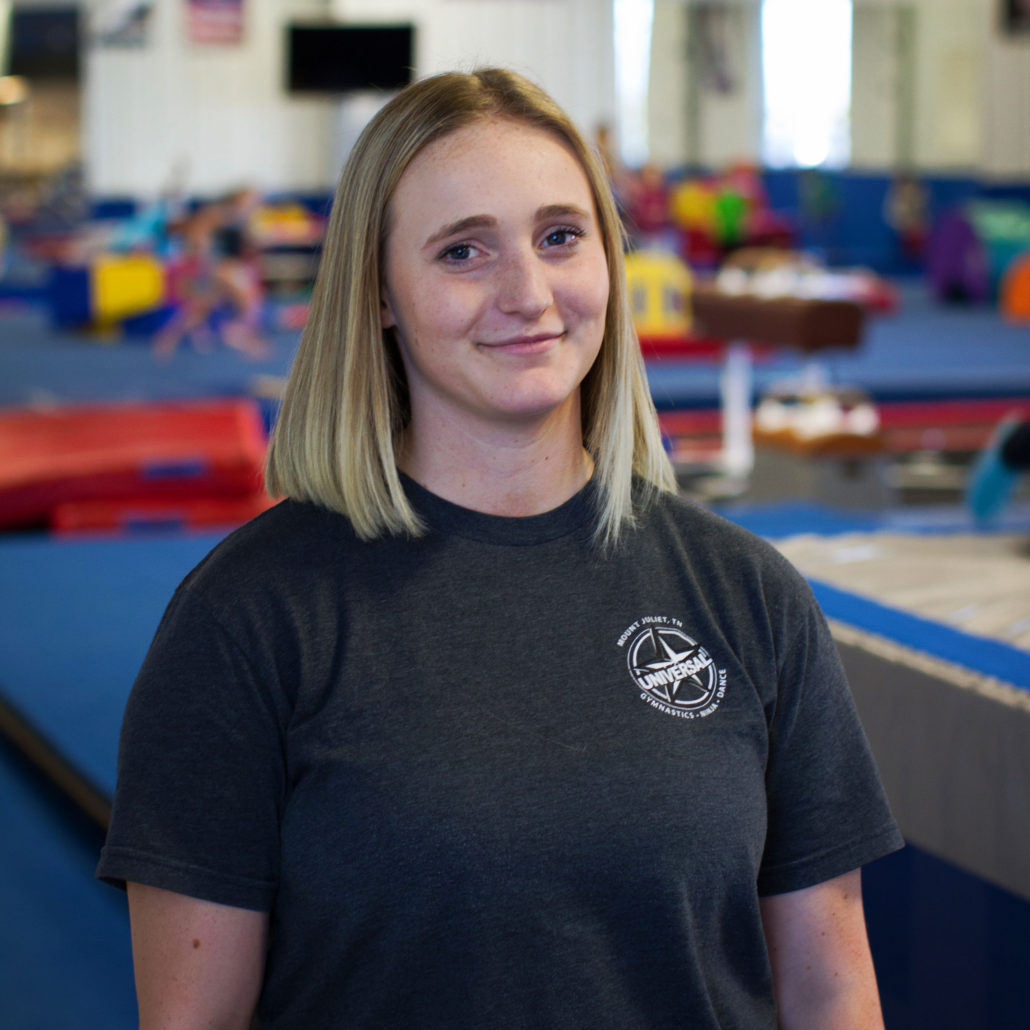 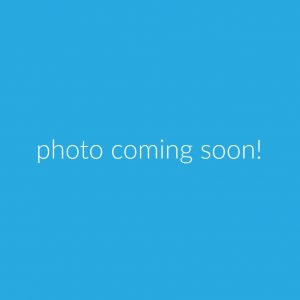 Adrienne truly enjoys coaching and it is very apparent, everybody loves "Ms. A". She has coached for Universal since the spring of 2005. As a child, she was on Universal’s competitive gymnastics team. She graduated from Nashville State in 2010. She now has a full time job working for Metro but still makes time to coach evening classes. 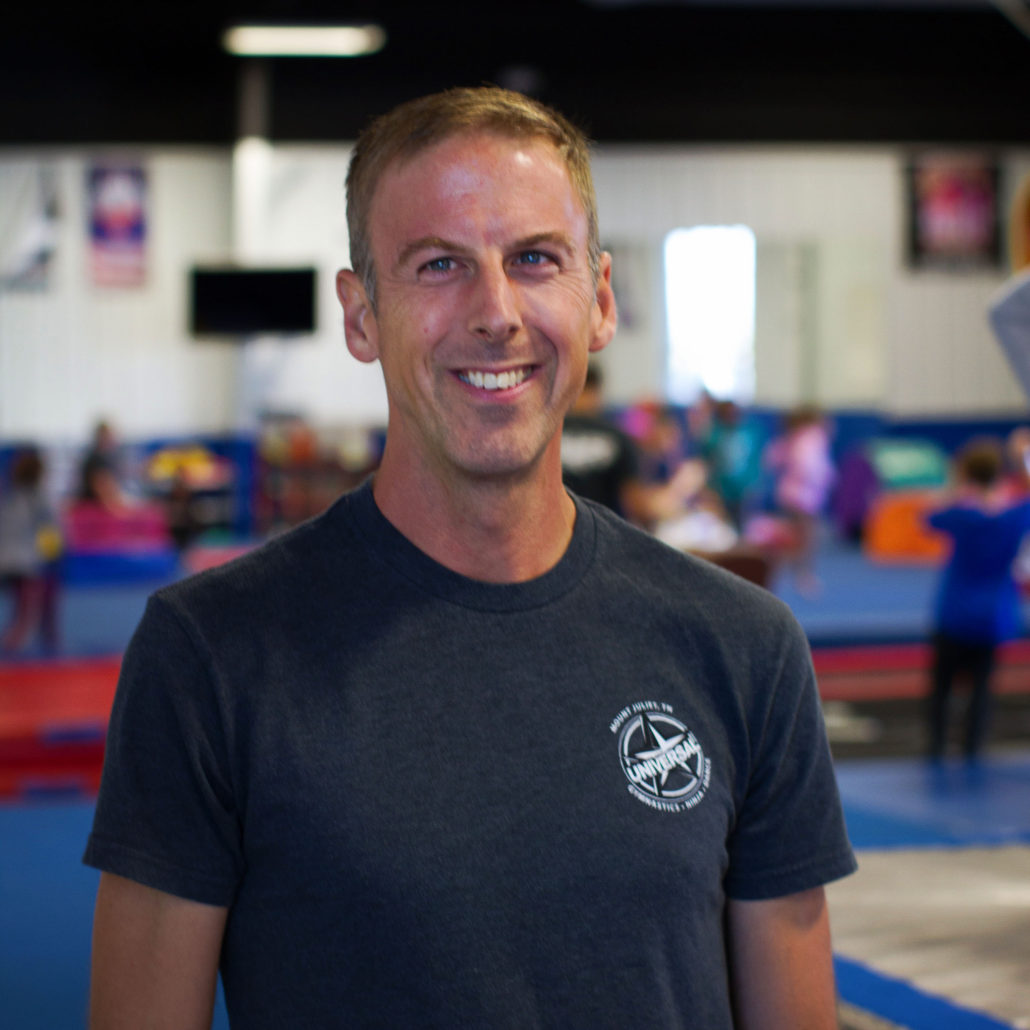 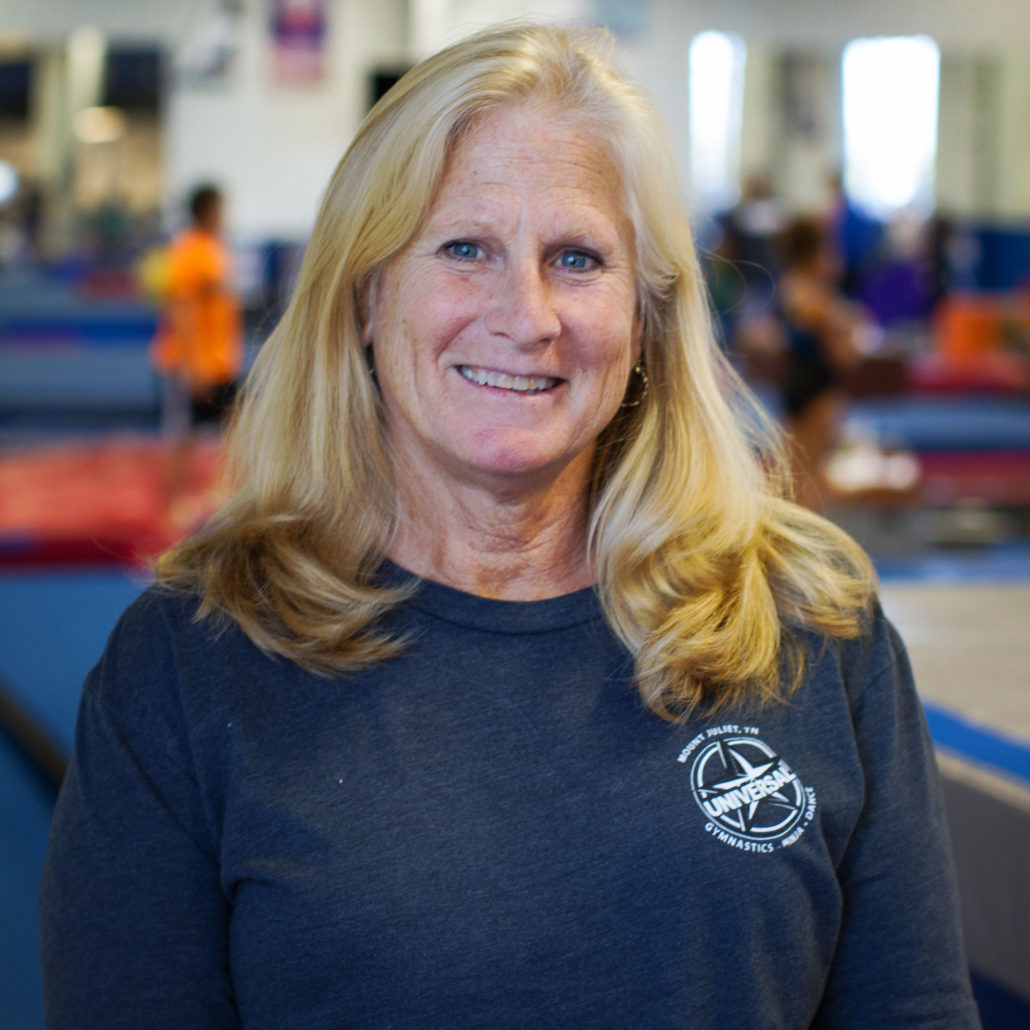 Ms. Penny is Ms. Vikki’s older sister. She has five children of her own, 4 of which are adopted, and has fostered several children in her adult life. She worked for the postal service for 30 years and was in the military prior to that. All of the kids at Universal adore Ms Penny and we are forever grateful to have her with us. 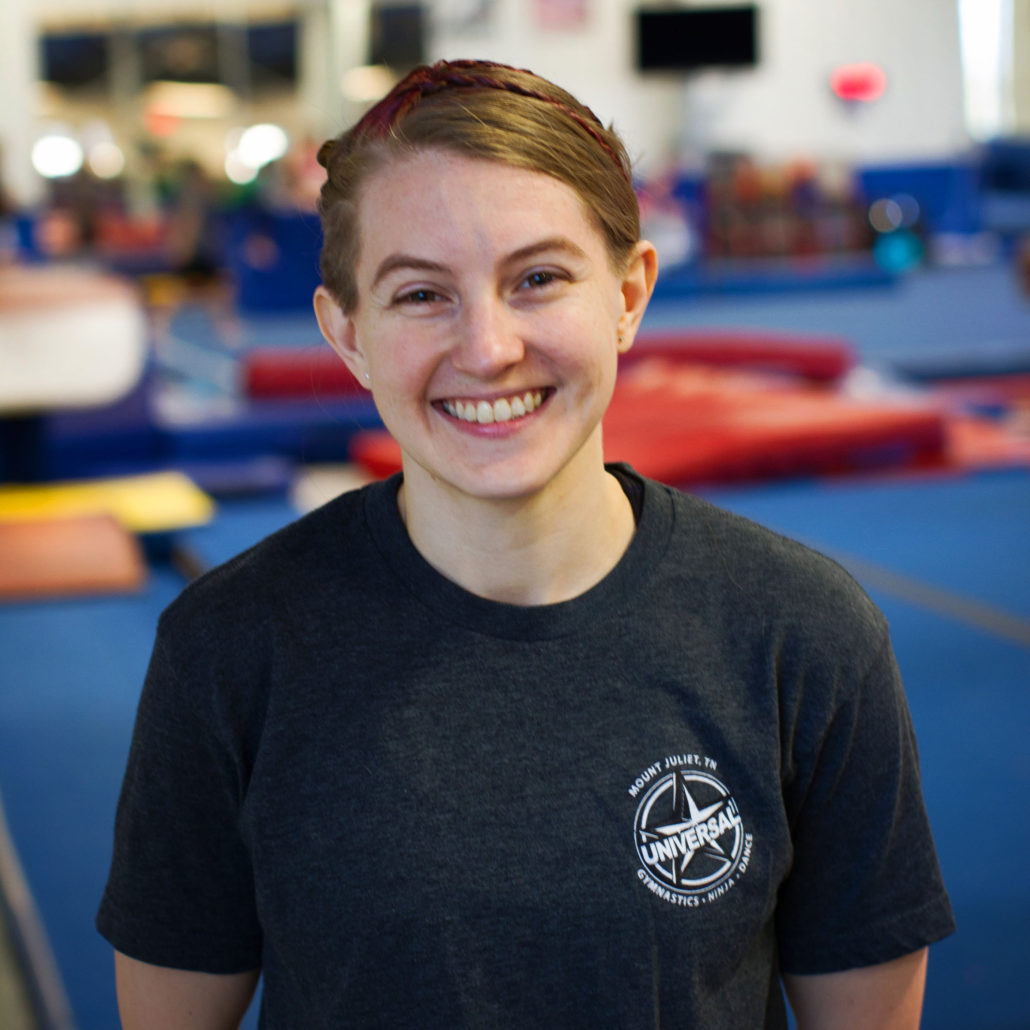 Darlie moved to Nashville with her husband, Gio, in 2010 and since the move she has been working as an RN at a local hospital. She loves the comic book world, video games, Star Wars, and knitting. Darlie was a cheerleader in high school and has always been fascinated by the world of gymnastics.

Ms. Brittany was born and raised in Michigan and has been teaching dance for 10 years. She, her husband, and their two stepsons moved to TN in 2017. She is excited teach her passion of dance at Universal Gymnastics! 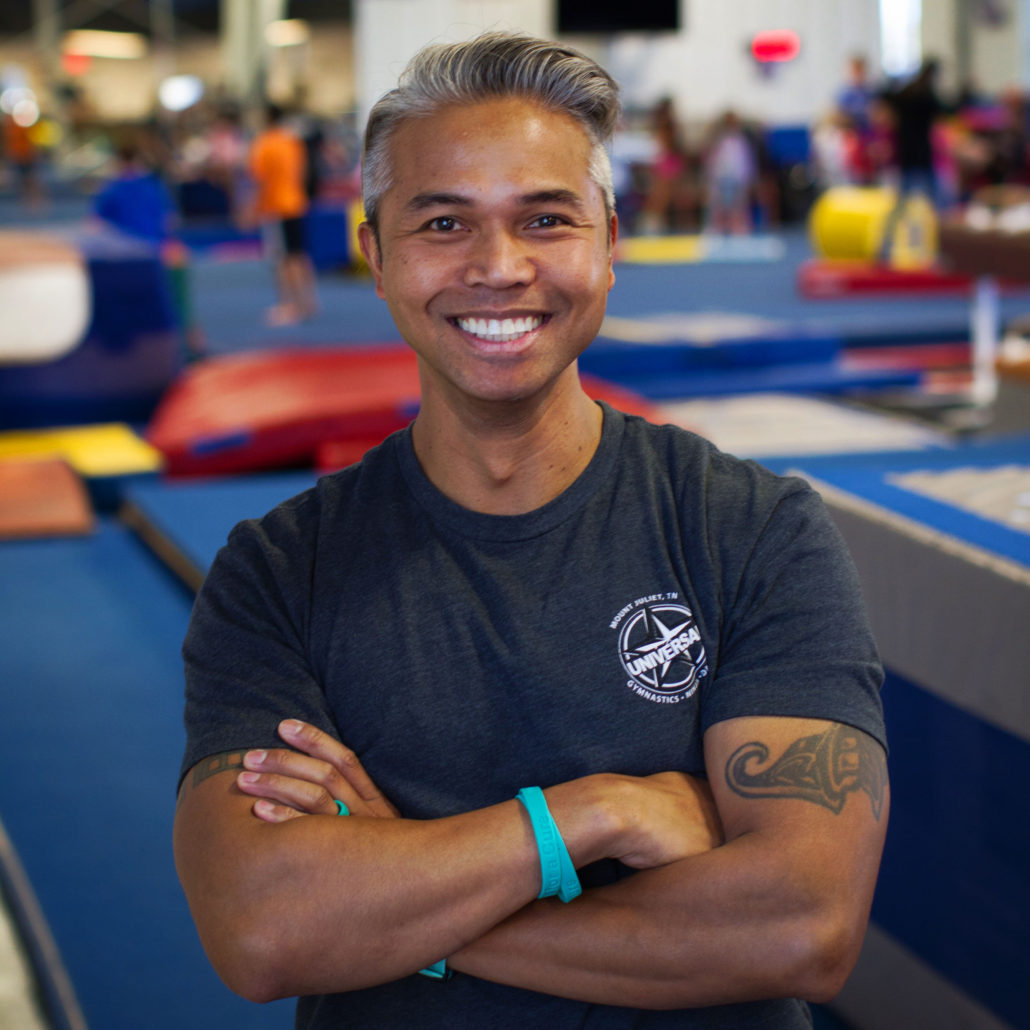 We have our very own American Ninja Warrior right here at Universal Gymnastics!